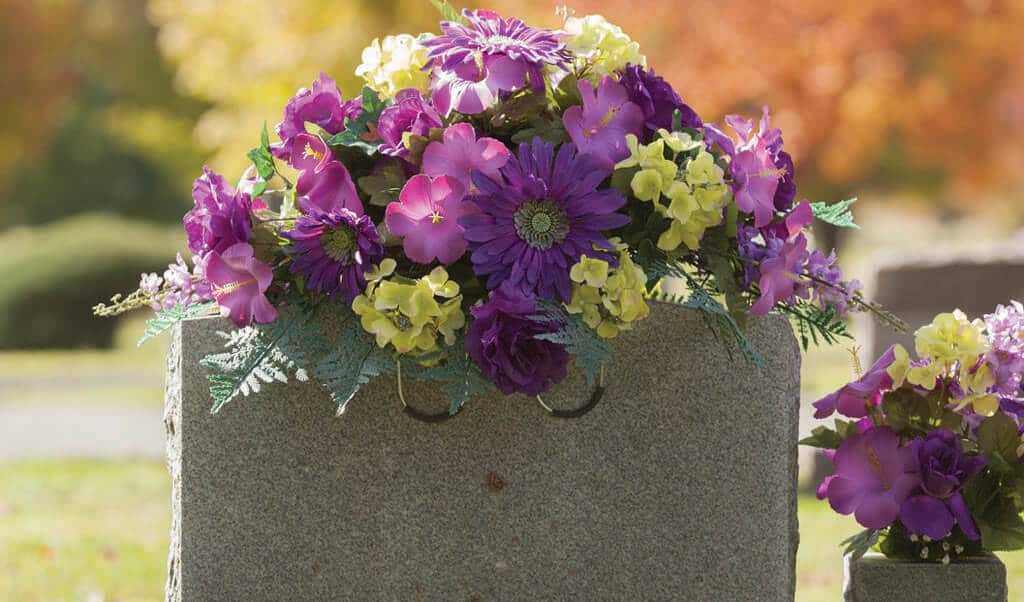 Funerals are an integral part of communities. Every weekend people from all over come together to burry a loved one. One after the other, funeral processions passes by, sometimes with quite fancy hearses and rented busses. After the grave has been filled in, the mourners go to the deceased’s home. Sometimes a tent is needed to accommodate all the guests. There needs to be enough food for all of them. It is good that in this way the whole community takes part in funerals. But funerals may also place a heavy burden on communities, especially on the relatives remaining behind. What should Christians’ attitude towards death and all the customs regarding funerals be? What is the right way for Christians to say goodbye?

All of us fear death, which is a very sad occasion. We don’t even want to think about it and try to keep it bay for as long as possible. There’s nothing wrong with this attitude since life is a gift from God. We should enjoy our lives with a thankful heart. Yet, sooner or later, death touches on our lives in some or other way. One day, my turn or that of someone close to me will come. We are deeply saddened when a loved one dies. We all mourn the death of a relative or friend. Even an entire community may mourn someone’s death.

What happens when someone dies?

Of course, people’s view on death differs according to their religious beliefs. Some believe it’s all over when we die. Nothing remains, no life after death, simply nothing. Others, for example adherents of Eastern religions, believe that the deceased quickly return to earth, but as a plant or an animal. Then there are those – for example adherents of traditional African religions – who believe the deceased lives on as some sort of “living dead”, a shadow or spirit. This spirit remains among the living. If it is not treated well, this spirit is able to annoy them. It may even punish or reward them by interceding with the gods on their behalf. Therefore those remaining behind fear the dead and have to remember, honour, appease and even worship them with all kinds of practices and sacrifices.

As Christians, our perspective on death differs from that of people who do not believe in Jesus Christ and his Word. The Bible teaches us that someone who believes in Christ and trusts in Him already has eternal life (John 5:24). Even though our bodies decay and eventually die (2 Corinthians 5), we ourselves – our true lives – cross over to a new life with Christ (2 Corinthians 4:14, Colossians 3:1-4). We cannot really understand how this happens (1 Corinthians 15:35). But we truly know that Christ has conquered death, that He has “killed” it (1 Corinthians 15:55-58). He rose from the dead. And one day when He returns to make everything new. He will resurrect the bodies of those who believe in Him so that they may be with Him forever (1 Thessalonians 4:13-18). Then we will live in a place where there will be no more sorrow or pain, but only joy (Revelations 21:1-8).

The Bible refers to it as the new heaven and earth. Therefore we may almost view death as the highpoint of a Christian’s life, the ultimate salvation (Philippians 1:21). Christians do mourn, but differently from non-believers. We know that our Saviour lives and that we shall meet Him when we die. The death of a loved one saddens us – for sure – but actually we are mourning our own loss, not that of the deceased. They are the lucky ones!

We believe that someone who died has already entered the “gate” which had been determined by their choice of faith. Funerals are therefore important, not so much for the deceased, but for the relatives. For those remaining behind, the funeral brings closure. While the body of the deceased is still with us, our longing remains tangible. In order to end off that life and heal our sorrow, we need to lay the deceased’s body to rest. Therefore a funeral is a solemn and dignified occasion involving both the family and the community.

Through the years, healthy funeral customs have taken hold: how people observe wakes; the mourning clothes they wear; the solemn way in which the grave is dug and later filled in; the eulogies, songs and comforting words; unveiling the tombstone; the hospitality extended to guests; the help people offer one another; the food that is shared and the way in which they show respect for the deceased, as well as for his or her wishes or values. Most traditional funeral customs aim to bid farewell to the deceased orderly and with dignity. These customs unite the family or community, helping people to share their sorrows, to comfort one another and to bring the deceased’s life to a fitting closure. All these customs are healthy. A good example is the death and funeral of Lazarus (John 11).

In certain cultures more and more people are now cremated rather than buried. Although some people view this as a strange practice that clashes with their tradition, many others view it as neither wrong or in conflict with their Christian principles. When we die, our bodies decay anyway. At his second coming, Christ will give us new bodies. Yet, as is the case with funerals, the customs at cremations ought to be respectful to the deceased and their families ought to be comforted.

It is important that a believer’s funeral should differ from that of a non-believer, thereby testifying to the world.

Many funeral customs, for example superstition about the correct way to do things, has much more to do with fear than with respect or faith: fearing what the deceased might do to the living, or fearing what others might do to us or say about us. People fear that evil spirits might get a hold over them or that evil things might happen to them. They fear that their lives might be cursed. In fact, observing superstitious customs because of fear is totally unnecessary. The Bible tells us that Jesus has conquered all evil spirits (Colossians 2:15). He has conquered both death and evil (Romans 8:31-39). As long as we believe in Him we need not fear anything.

Funerals often lead to a tendency towards dishonesty. Sometimes the deceased is praised to such an extent that those who knew him or her well hardly recognise the person being praised. It’s all good and well to remember the good things about the deceased’s life, but falsely over exaggerating their good qualities is ridiculous. Why do people do this? Perhaps they feel guilty. Or perhaps they are simply showing off how well they can speak in public or what good people they are.

Often it’s those who feel most guilty for not having had a sound relationship with the deceased who put on the biggest act at a funeral. But then it’s too late! Rather make peace with someone while they are still alive and show them respect while it still matters! Don’t wait until the funeral, because then it’s too late to remedy the situation. If someone still has quilt feelings, a funeral can help bringing reconciliation and inner peace, but without a show.

People often use funerals for their own selfish needs, for example political gain. Such behaviour centres far more on the quest for power of the leaders who make speeches or the image of a political party or the influence of some or other pressure group, than on consoling the family of the deceased.

Churches and their leaders can also abuse funerals. This may happen for example when they scare people with God’s judgment or the devil’s power, or when they carry on about repentance or try to convince people to join their church. Actually, a funeral should be about the comfort the Bible offers.

And then the extravagance! A very expensive coffin! Excessive eating and drinking and the attendant drunkenness. Expensive decorations and cars, the prolonged arrangements while the body is lying in a fridge at great expense. And then the lavish tombstone! Often the funeral policy is nowhere near sufficient to cover all the expenses, necessitating loans at exorbitant interest rates. Funerals have become one of the main causes of poverty. The deceased would definitely not have wanted their relatives to be impoverished because of an expensive and inappropriate funeral. A proper, dignified funeral should not be a flashy event.

One bad consequence of all the jealousy or selfishness at funerals is the guilt or disappointment people are left with when everything wasn’t fancy enough or because things went wrong as mourners abused the situation. Funerals can easily lead to great division or tension in families and communities.

Those who usually take the lead at funerals should unite to find and implement solutions. They should act against unscrupulous people who, for their own personal gain, convince relatives to commit to expensive funerals. It’s time for ministers, elders and Christian undertakers to put the welfare of families first and to take the lead in finding solutions.

Those who should especially come to new insight are the so-called burial societies. These societies have much power and can exert great influence. They should be made aware that their profession offers a valuable service, and they should strive to appropriately advise the relatives of the deceased. They should not enrich themselves at the expense of the poor. On the contrary, they should use the opportunity to sympathetically and skilfully assist those in need. This may even benefit their businesses!

Churches ought to discuss funerals and make decisions based on sound theological principles, empowering their leaders to guide their congregations appropriately. Naturally, the most important place to convey these insights is during Sunday sermons. Ministers ought to preach about it. Congregants ought to be helped in advance – before the tragedy of a death in the family strikes – to discuss this and to take a stand.

We should teach everybody to yet again base their thoughts and beliefs regarding death, resurrection and the life that Christ offers us on sound Biblical principles. Only then will Christian funerals differ from those of non-believers. 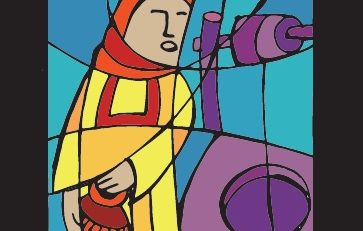 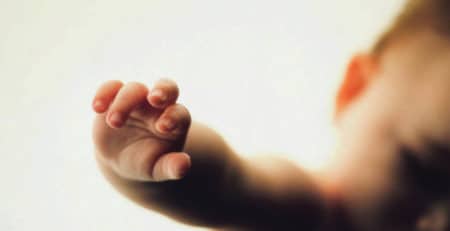 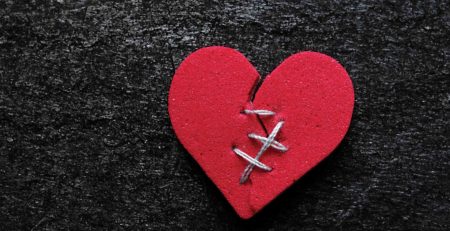 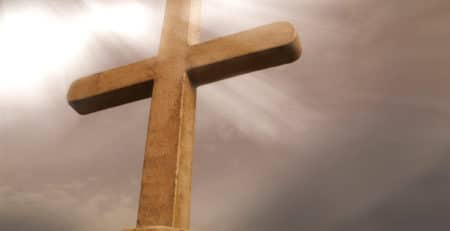