The USA produces a new so called adult movie every 39 minutes – an increase of 945% over the last 20 years.

There are 420 million pornographic web pages available on 4,2 million websites on the net.

Every second R21,525 is being spent on pornography in an industry whose annual worldwide revenue exceeded R679 billion in 2006.

The average age of first exposure to pornography on the internet is 11 years while 90% of 11–16 year olds have viewed pornography online, mostly while doing homework.

47% of Christians interviewed acknowledged that pornography is a problem for them.

The only reason that there is such an upsurge in the industry is because the demand seems to be without limit.

We are truly living in a sex-crazed society.

In The Message, Eugene Peterson renders certain sections of Proverbs chapter 7 as follows:

I spotted a young man without any sense…arriving at the corner of the street where she lives… it was dusk the evening came on… just then a woman met him – she’d been lying in wait for him, dressed to seduce him. Brazen and brash she was, restless and roaming… walking the streets, loitering in the mall…she threw her arms around him and kissed him and said… “I have come to find you, hoping to catch sight of your face – and here you are… come let us make love all night… my husband’s not home, he’s away on business…” Soon she has him eating out of her hand… before you know it he is trotting behind her like a calf to a butcher shop… so, friends, listen to me… don’t fool around with a woman like that; don’t even stroll in her neighborhood…countless victims have come under her spell; she’s the death of many a poor man… she runs a halfway house to hell, fits you with a shroud and a coffin.

It is possibly the most graphic description in the Bible of the process by which a man or a woman is seduced into sexual sin. It contains the following elements:

He just happens to find himself at the corner of the street where she lives. Almost as if he arrived there by accident.

The seductress has been waiting for him, she has actually been available for him at every conceivable and inconceivable place.

In the dark of the night she invites him into a place of secrecy and promises to share illicit love with him and meet his needs. He comes totally under her spell, not knowing that she is busy killing him.

Solomon says: Don’t fool around with a woman like that; don’t even stroll in her neighborhood.
The unfortunate truth is that a countless number of men and an increasing number of women are not heeding Solomon’s advice and have been snared by addictive sexual behaviour.

Many of them have been able to keep it a secret, but they are being devoured by despair and shame. Numerous Christians are finding themselves in this position, desperate to break free from it.
The problem is that the power of shame and the limited availability of help have combined to create an atmosphere of hopelessness.

Why does pornography have such a powerful lure?

We were created in God’s image, an image which, amongst others consists of and is reflected through perfect intimacy and belonging. We were not made to be alone, but to be in encompassing embrace. Without it we are forever incomplete and at a deep level we long for that sense of belonging that was ours by right of creation.

God gave us sexuality as a good gift to be enjoyed as an expression of the intimacy that is to be pursued within the safe boundaries of a heterosexual marriage covenant.

Sexual fulfilment can only be experienced in a marriage where love, trust, care for one another, gentleness and sensitivity for one another’s needs are part of the relationship.

Because of the fall of man and his ensuing self-centredness, satan has been able to distort this Godly gift into something that has become an expression of that self-centredness.

What are some of the effects of the use of pornography?

It is virtually impossible to articulate the levels of emotional pain, despair, shame and destruction to relationships that are caused by an addiction to pornography. In the words of a man who has been liberated from this compulsion: “It is deadening, nullifying and unsatisfying.”

Instead of meeting one’s needs as it promises to, it does the opposite; it leaves you with an even lower self esteem, convinced that there is no one quite as bad as you are. The unfortunate consequence of this regressing sense of low self worth is that it actually sets you up for the next bout of ac-ting out. In this way the addictive system becomes closed and self propagating until we allow it to be interrupted.

Apart from the damage that it does to the addict himself, the self-absorption that lies at the root of his behaviour also means that he is cut off from all meaningful relationships. The effects that it has on a marriage where a spouse is aware of the husband’s sexual practices are as deep as those of adultery.

She experiences emotions that range from anger to rejection to breach of trust and a deep loss of her feminine worth. When those who are close to the addict are not aware of his addiction, they are virtually always deeply troubled by the fact that he is not available for authentic and loving relationships.

What research in America shows is that pornography is a strong, negative influence affecting attitudes and behaviour. It promotes the same attitudes towards women that breed sexual harassment and destroy relationships. It promotes the same attitudes towards sexuality that breed promiscuity and the spread of STD’s. It teaches that the main function of a sensitive, relationship of human existence is simply self gratification at the expense of others.

No wonder Solomon said: don’t fool around with a woman like that; don’t even stroll in her neighborhood … countless victims have come under her spell; she’s the death of many a poor man… she runs a halfway house to hell, fits you with a shroud and a coffin.

Is there a way out?

By the grace of God, yes. Many men can testify to that. The way out has to start with an acknowledgement of one’s addiction and the fact that you are powerless to break its hold over your life by yourself. It has to be confessed to God as a sin of idolatry followed by asurrender to Him to set you free.

This surrender to Him does not take place in isolation. It has to be done in an accountable setting. We must be willing to confess our sins and our behaviour patterns and lifestyles in the presence of those whom we can trust and who will challenge us about our ongoing behaviour. Because addiction thrives in the dark, we have to choose a way of openness very deliberately.

Our vulnerability to pornography addiction is often rooted in unresolved emotional needs. It is therefore necessary to receive healing prayer for those unmet needs. It is true to say that without receiving this kind of healing we may experience times of de-escalating behaviour, but that does not mean that we have been set free from our problem.

The final and most important aspect of our way of escape, is developing an authentic personal devotional life with God. He is the One who will reclaim our true desire.

The words of the father of the returning prodigal son in Luke 15:23 – 24 reflects the heart of our heavenly Father to all returning sons: …We’re going to feast! We’re going to have a wonderful time! My son is here – given up for dead and now alive! Given up for lost and now found!
He is the One who will reclaim our true desire because He never rejects repentant sons.

What else does the Bible say?

Somebody close to me drinks too much

Does he or she really drink too much or am I worried about nothing? There are a few things about... read more 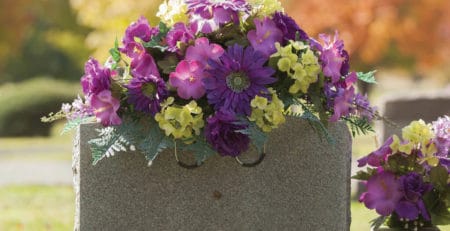 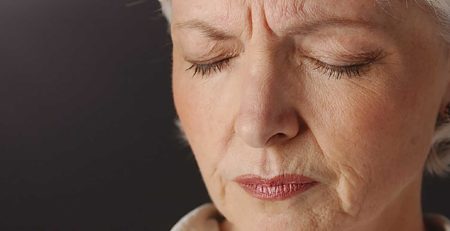