We read about Paul: Saul (later Paul) kept up his violent threats of murder against the followers of the Lord (Acts 9:1). But through the grace of God, Paul became one of the most dedicated missionaries. He described the miracle of forgiveness: I give thanks to Christ Jesus our Lord, who has given me strength for my work. I thank him for considering me worthy and appointing me to serve him, even though in the past I spoke evil of him and persecuted and insulted him. But God was merciful to me … And our Lord poured out his abundant grace on me and gave me the faith and love which are ours in union with Christ Jesus. This is a true saying, to be completely accepted and believed: Christ Jesus came into the world to save sinners. I am the worst of them, but God was merciful to me in order that Christ Jesus might show his full patience in dealing with me, the worst of sinners, as an example for all those who would later believe in him and receive eternal life (1 Tim. 1:12 – 16).

There is a great danger in the preaching of grace. The danger lies therein that people may misunderstand it. People sometimes misuse the doctrine of grace. They reason as follows: “I know it is wrong. But why don’t I just go ahead anyway? I can always get forgiveness later.” For example: “I cannot pass the opportunity to take this money (unlawfully). Nobody sees me and I will later ask God to forgive me.” Paul talks about how God poured out his abundant grace on him. But he also realised that people could misunderstand it: Should we continue to live in sin so that God’s grace will increase? Certainly not! We have died to sin, how then can we go on living in it? (Rom. 6:1-2). Paul is the one person who thoroughly understood grace. That is precisely why he devoted his life to Jesus. To him grace served as the incentive to preach the Good News, even though he suffered severely because of it. We have been beaten, jailed, and mobbed; we have been overworked and have gone without sleep or food (2 Cor. 6:5).

To cheapen grace is to abuse the very basis of our Christian faith. It is to turn your back on God’s most precious gift to us, it is to turn your back on God himself. If we truly have an idea of God’s love and if we realize what Christ did for us on the cross, we will think about the wonder of God’s grace, not how to twist it for our own purposes. Grace is free, but not cheap. Paul says: for you were bought with a price (1 Cor. 6:20). Jesus was beaten and crucified. By grace the sinner is saved and his debt cancelled, but grace doesn’t justify sin. God hates sin.

Grace turns you into a new person. Paul experienced personally what he said as follows: Therefore, if anyone is in Christ, he is a new creation. The old has passed away; behold, the new has come (2 Cor. 5:17). Jesus demands a change of heart. Christ accepts us as we are, but when He accepts us, we cannot remain as we are.

Dear Father, thank You that by your grace I belong to You. Please change me so that I will live by your grace because it is your precious gift to me. Amen.

Free email messages monthly from gertberning@gmail.com and WhatsApp. Also weekly from the App  of the CLF.  Visit https://sites.google.com/site/eposbediening/ 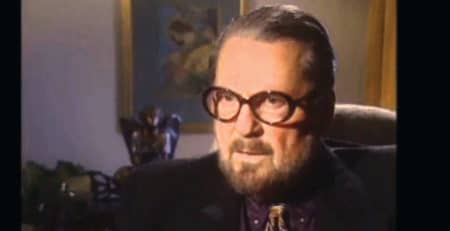 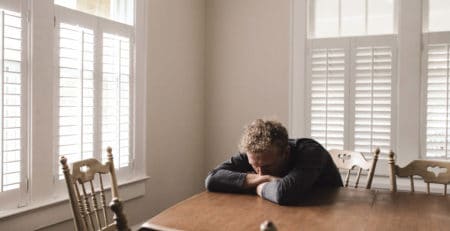 There was some gossiping in a Bible study group about the pastor. An older man was very unhappy about... read more